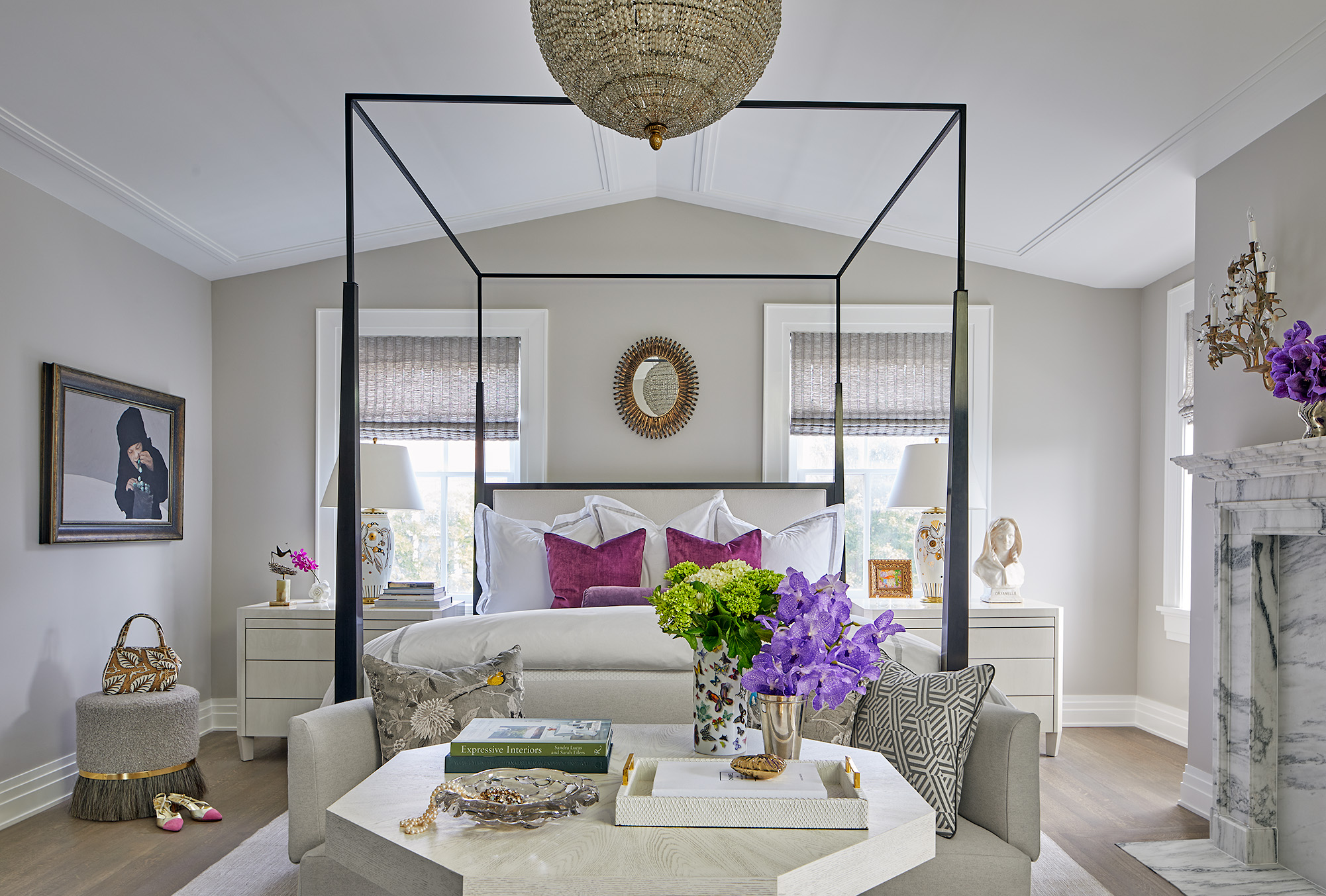 On a corner of N Street in Georgetown, the owners of this recently renovated penthouse sought the location for its close proximity to the most fashionable shops and best restaurants, as well as its walkability. They lived in a more suburban neighborhood close by when they spotted an Anthony Wilder Design/Build sign in a neighbor’s yard. After talking to one of the team members, they were sold on having the Anthony Wilder team renovate their circa 1909 penthouse, which took about eight months from start to finish.

“Originally constructed as two townhouses in the late 19th century, which were quickly connected (you can still see the window variations on the façade), the space was reimagined again in the 1980s, as seven private condos, with this 1,695 sq/ft penthouse covering the entire third floor” wrote Saiqa Ajmal, in an Architectural Digest Middle East article featuring the home.

In the heart of one of Washington, DC’s best neighborhoods, this Georgetown penthouse underwent updates from top to bottom, including a reconfiguration of the floor plan – the kitchen became the dining room and the living room became the kitchen.

The kitchen and living areas are one-of-a-kind with a waterfall island, state-of-the-art lighting to illuminate the owners’ treasured art, and custom marble fireplace surrounds. Intricate detailing and moldings add height to the ceilings.

“The traditional double parlour floor plan, found in many Georgetown homes, was updated to serve the couple’s love of entertaining. The modern Eggersmann kitchen (complete with one-touch drawers) anchors the spaces, with a living room and sitting room to either side. The sculptural marble island provides a focal point, while also serving as the functional hub of the home.” – Architectural Digest Middle East.

The moulding and baseboards were designed and crafted to reflect the history of Georgetown homes. The interior doors were painted with a black lacquered finish– with 12 layers of high gloss paint from Fine Paints of Europe— to achieve a baby grand piano look” says Anthony Wilder. “It adds a dramatic yet sophisticated aesthetic.”

The bathrooms were updated with marble slabs that had to be brought in via cranes because the stairway was too narrow to accommodate their mass.

The stairway to the penthouse was reconfigured and now includes a glass railing and artful trim and molding that allows the homeowners’ art to shine.

The homeowners purchased the penthouse with the intention of creating a space that embodies their design mantra: “mix the things you love to build a story of past, present and future.” The duo recently launched an ecommerce platform for home decor in New York City called, Den XYZ featuring globally sourced art, new & vintage decor and eclectic tableware.