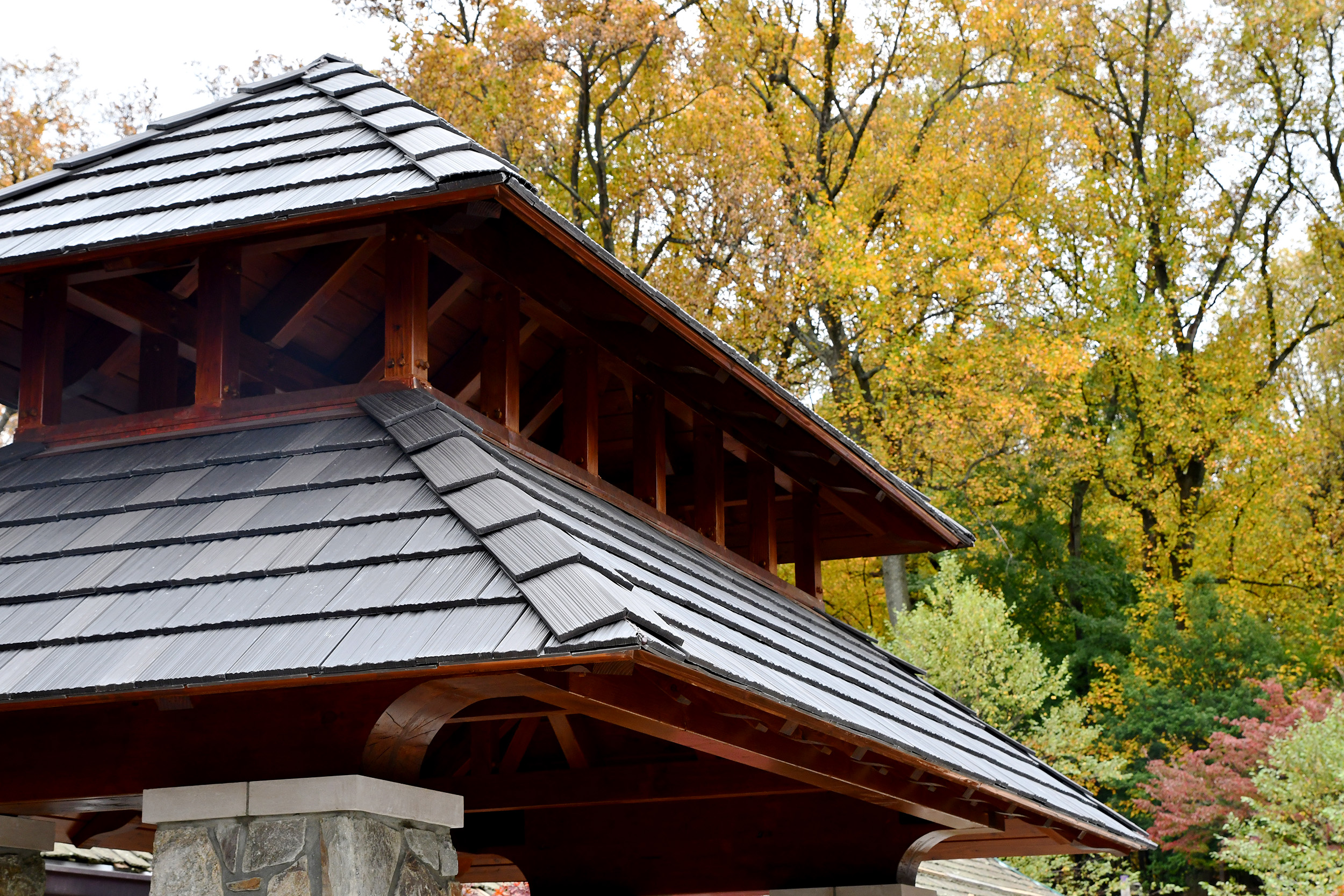 Turning a Vision Into Reality for Children and Their Families

The term “it takes a village” has never rung more true than with the designing and building of a new barbeque pavilion at The Children’s Inn at NIH by the Anthony Wilder team and its generous trade partners.

“We are honored that The Children’s Inn called upon us to help. Helping others – and the community at large – is one of the most fulfilling and uplifting things we can do as individuals and as a company.” – Elizabeth Wilder, President of Anthony Wilder Design/Build

How it All Began

The donation of new pavilion came about when The Children’s Inn reached out to Anthony Wilder and shared their goal of creating a grilling area so families with children participating in clinical trials for life-threatening illnesses could enjoy a meal together in an outdoor setting. With a longstanding relationship that dates back to the installation of one of The Inn’s playground’s major attractions, the bright red fire truck installed in 2014, Anthony Wilder agreed not only to design the outdoor dining space, but also to enlist its team and trade partners to donate their time and labor, as well as materials and money.

In order to gain an understanding of the unique needs of the families at The Inn, ANTHONY WILDER team members volunteered for the Family Dinner Program at the Children’s Inn at NIH, providing and serving a meal for the families staying at The Inn.

By conducting an internal design competition at Anthony Wilder, the final grilling pavilion design, which is reflective of the architecture of The Inn with hipped roof, canted stone walls and clerestory windows, was designed by George Bott, architect at Anthony Wilder, and selected by The Inn. The pavilion echoes the architecture of the existing tall atrium connector between the east and west wings of The Inn, but “where the clerestory windows of the atrium are designed to let in light, ours are used to vent the grilling exhaust” for the two Bull Outlaw gas grills, says Bott.

“The relatively delicate stone columns that hold up the timber frame roof are my favorite part of the design.” -George Bott, AIA

Working with NIH’s Department of Technical Resources on the permit went relatively smoothly because of the small scale of the project and the fact that it was a donation, Bott adds. The main challenges were site access, the fact that most materials had to be brought in by hand, including 7,000 pounds of concrete, and having to use a handheld auger to drive helical piers down 30 feet in the ground, whereas a small skid steer is often used.

THE NEW BARBEQUE PAVILION IS REVEALED

To unveil the new pavilion designed and built by the Anthony Wilder team and its trade partners, the design/build firm held a ribbon cutting ceremony at The Children’s Inn at NIH on Tuesday, October 29, 2019. Elizabeth Wilder, president of Anthony Wilder Design/Build, Jennie Lucca, CEO of The Children’s Inn, and Lois Alperstein, board member at The Children’s Inn, shared what the new pavilion means to them during the ceremony. Residents of The Inn and their families participated in the ribbon cutting before guests enjoyed the first meal prepared on the new grill.

“Our families truly value the sense of community created around sharing a meal, and thanks to the Wilder team, that is now possible in this outdoor living space that brings some of the modern luxury of an Anthony Wilder design to The Children’s Inn” -Jennie Lucca, CEO of The Children’s Inn at NIH.

Providing an opportunity for healing through family time, The Children’s Inn will now have a new grilling pavilion where families can gather for meals. “I’m honored my design was chosen by The Inn,” Bott says, adding that his favorite elements are the stone columns. “I’m humbled to be a part of a project that is meant to bring a sense of the ‘comforts of home’ to children and their families that they may be longing for during a difficult time.”

“We are so honored to be the recipient of this beautiful outdoor grilling pavilion donated by Anthony Wilder Design/Build and their team of top-in-class trade partners,” says Jennie Lucca, CEO of The Children’s Inn at NIH.

Anthony Wilder master craftsman, George Noble, was the lead carpenter on the pavilion project, and he had a personal connection:

“It was a humbling project to work on; I lost my best friend to cancer in the early 80’s, and this was the first time I’d been back to NIH since. It was so special to be involved and to know that it will bring joy to the children and their families.” – George Noble

To learn more about the mission of The Children’s Inn at NIH, visit www.childrensinn.org.